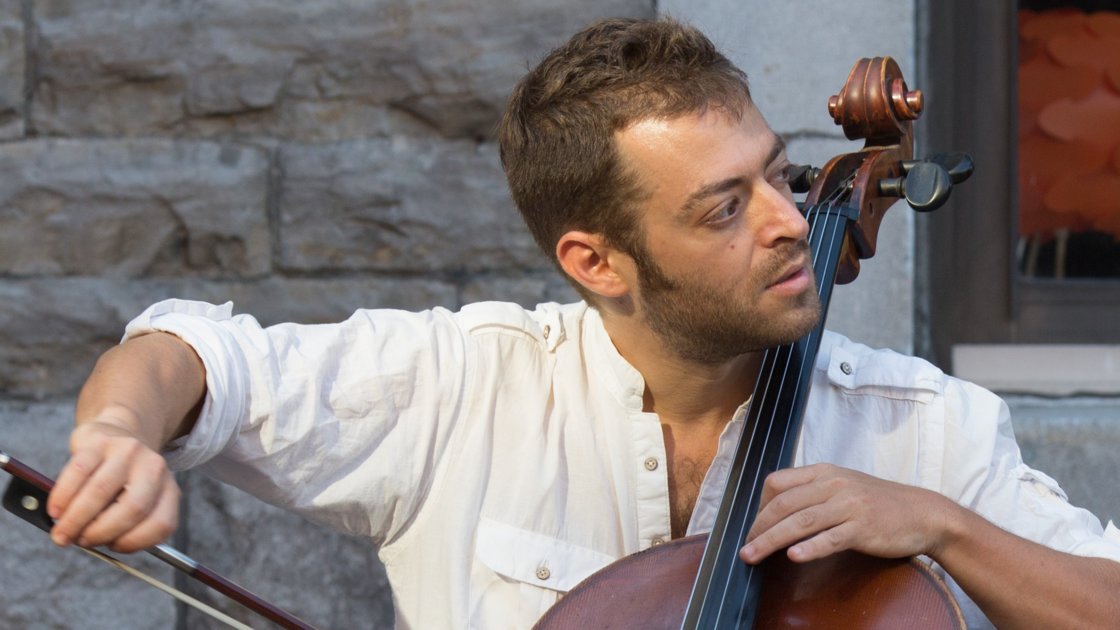 An evening of vocal style Hindustani music performed on cello in the rare Gayaki Ang style of violin playing.

Jake Charkey started playing the violin at the age of 6. After a year of suffering the scratchy cacophony of beginning violin, his father mercifully gave him a cello to try, and he took it up like an old friend.

Jake studied cello in the Western Classical tradition under Paul Cohen, Leopold Teraspulsky, and finally with Norman Fischer at the Shepherd School of music at Rice University in Houston, TX. Seeking to broaden his musical skills and vocabulary after conservatory training, he took an interest in Hindustani music. His studies began in Toronto with the sarangi player, Aruna Narayan, who urged him to adapt Hindustani music to cello rather than learn an Indian instrument. He continued in Los Angeles where he took up intensive training with Jagan Ramamoorthy, a senior disciple of the violin virtuoso Padmabushan Dr. N. Rajam. He completed his M.F.A. at CalArts in Hindustani music under the guidance of Aashish Khan and Swapan Chaudury and with additional guidance on cello and contemporary techniques from Erika Duke-Kirkpatrick. While at Cal-Arts he also incorporated other modalities of improvisation into his playing with Vinny Golia, Wadada Leo Smith, and Charlie Haden.

After grad school, Jake moved to Montreal, where continued to perform Hindustani music, both as a soloist and accompanist for Kathak dance and was an occasional collaborator with tUnEyArds. In 2010 he traveled to India with an arts fellowship from the Shastri Indo-Canadian Institute to support formal study under Padmabushan Dr. N. Rajam with whom he continued to learn for the 6 years he stayed there.

In India, he recorded and performed with many of the most celebrated musicians in Bollywood. His unique sound can be heard on season 2 of MTV's Coke Studio, multiple episodes of MTV Unplugged, and in a number of Bollywood soundtracks.

Since returning to the USA in 2016 Jake has joined the Slipstream Ensemble at Marlboro College, a composer/performer ensemble in residence and performs with Layale Chaker and Sarafand. He also performs with Adam Rudolph’s GO Organic Orchestra and is a frequent collaborator with the Brooklyn Raga Massive. He has been an advocate for new music for solo cello which he programs in recital alongside Hindustani music. He lives in Brooklyn, NY.