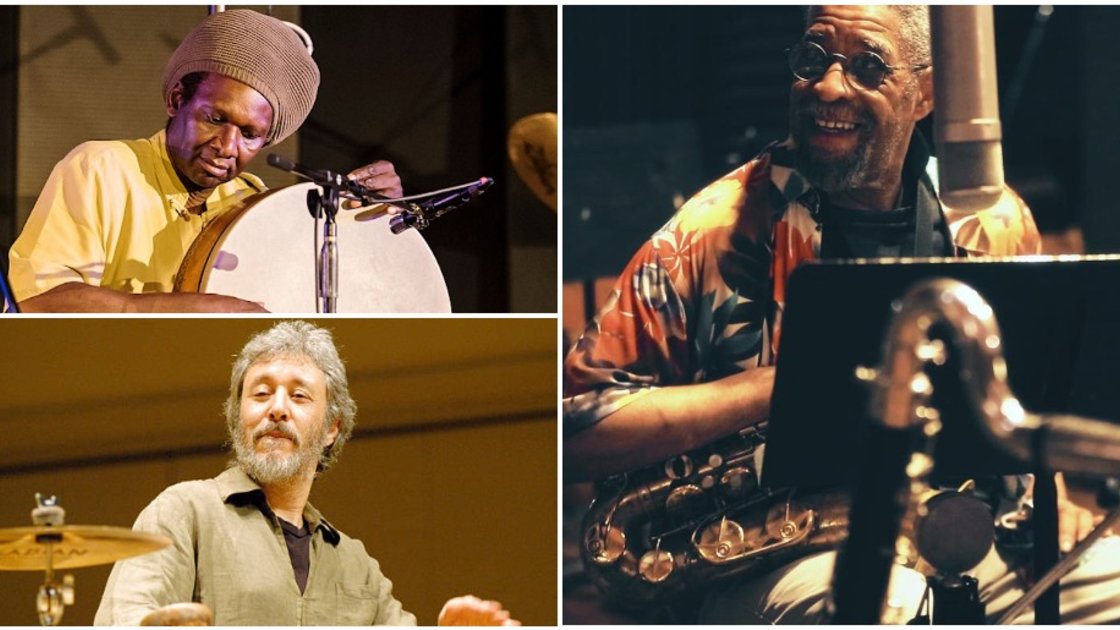 “One of the year's most ecstatic performances, in any city, any festival, anywhere.” - All About Jazz. Celebrating the release of the 24 track Ragas Live Retrospective, BRM is honored to present the Karuna Trio: Hamid Drake, Ralph M. Jones, and Adam Rudolph. Each of these artists have made great contributions to music and developing their craft alongside pioneers such as Yusef Lateef and Pharaoh Sanders. This concert will feature special guests from the Brooklyn Raga Massive Community.

With Karuna, Drake, Jones, and Rudolph bring their unique and evolved rhythm and sonic languages to the fore, reaching to inspire any audience though spirited dialogue. The name Karuna reflects their ongoing research into the connection of the inner life to musical expression and speaks to the idea of creative action as a gesture of compassion.

What makes Karuna's music magic is the special history and decades of shared experiences among the musicians.

Hamid and Adam first met in 1969, in a downtown Chicago drum shop when they were 14 years old. They began to study and listen to music together and by 1972 were performing regularly with the great Baba Fred Anderson. In 1978 Don Cherry invited Adam and Hamid to Europe to perform there for their first time. They lived and studied in Don’s farmhouse in the Swedish countryside before embarking on a concert tour. This marked the beginning of years of performing with Don, who became a central figure in their musical development as he generously transmitted so much of his creative wisdom. Hamid and Adam also toured together with Yusef Lateef, Pharaoh Sanders, Hassan Hakmoun, Hu: Vibrational, Mandingo Griot Society, and the Moving Pictures groups.

These experiences, along with their shared Chicago roots, and love for rhythms and music from around the world gives them a deep musical rapport and understanding. Regarding their creative outlook as drummers, Hamid says, “I have been developing a hand drum concept on the drum set while Adam is developing a drum set concept on his hand drums. When we play it is easy and natural: we ‘hear’ and understand one another.”