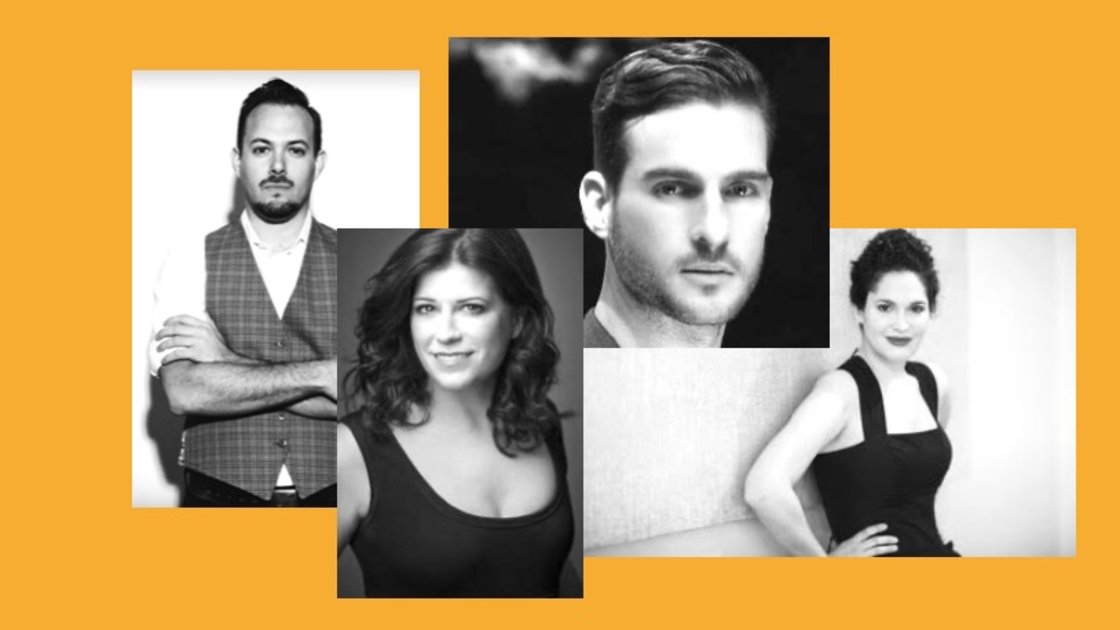 Grammy Nominated, Billboard topping artist and founder of Bright Shiny Things, Louis Levitt brings “A Change Is Coming”. Along with rising stars Blythe Gaissert, Bénédicte Jourdois and Michael Kelly, the program includes songs that echo our current times. A portion of proceeds will benefit “Reclaim the Block”, a community-led safety initiative based in Minneapolis. https://www.reclaimtheblock.org Louis Levitt A founding member of Sybarite5, Louis Levitt has performed with the group in hundreds of concerts across the nation. Recent highlights include Carnegie Hall, Lincoln Center, the Library of Congress, Wolf Trap, Grand Tetons Music Festival, and the Aspen Music Festival. His self-produced debut EP with Sybarite5 cracked the top ten on the Billboard charts, and their follow up LP Everything In Its Right Place was released at Carnegie Hall on CAG Records. Levitt currently teaches double bass Mason Gross School of Music at Rutgers University and the Mostly Modern Festival, he is also in demand as a guest soloist and lecturer. He has recently performed and spoken at the Curtis Institute, New England Conservatory, Mannes School, the annual Chamber Music America conference, and the Association or Performers and Presenters national arts conference in New York City. Blythe Gaissert Blythe has established herself as one of the preeminent interpreters of some of the brightest stars of new classical music. A true singing actress, she has received critical acclaim for her interpretations of both new and traditional repertoire in opera, concert, and chamber repertoire. “Gaissert gave a dramatically powerful, vocally stunning portrait of a woman growing increasingly desperate and delusional from lack of contact with the outer world. Gaissert’s development of Loats’spersonality was utterly believable, and she gave a virtuoso performance of this very challenging music” (Arlo McKinnon, Opera News for The Echo Drift). Gaissert is known for her warm tone, powerful stage presence, and impeccable musicianship and technical prowess. Bénédicte Jourdois pianist, vocal coach, French diction and vocal literature teacher. A graduate of the Lindemann Young Artist Development Program at The Metropolitan Opera, Bénédicte Jourdois is currently on music staff at the Metropolitan Opera and on faculty at the Juilliard School. Ms Jourdois has performed in numerous venues in Europe and in the United States, including Alice Tully Hall and Carnegie Hall in New York and the Kennedy Center in Washington DC. She has worked with the Los Angeles Philharmonic, Los Angeles Opera, Chicago Lyric Ryan Opera Center, Opera Saratoga, Pittsburgh Opera, Washington National Opera, Houston Grand Opera, Opera Philadelphia, the Chautauqua Institution voice program, the Castleton Festival, Spoleto Festival USA, and Carnegie Hall’s SongStudio. She was a faculty member at the Curtis Institute in Philadelphia from 2013 to 2016 and at the Manhattan School of Music from 2011 to 2018. Michael Kelly Praised as “expressive and dynamic” and “vocally splendid”, American baritone Michael Kelly continues to distinguish himself as a consummate artist, sought-after for his riveting interpretations of recital, concert and operatic repertoire. Recently, Mr. Kelly made debuts at Carnegie Hall, with New York City Opera, the New World Symphony, Seattle Symphony and the Cincinnati May Festival. He performed Bernstein’s Mass with the Mostly Mozart Festival under the baton of Louis Langrée, and gave the world premier of a new chamber work by David Del Treidici at NYC's Symphony Space. In recent seasons he has been heard in Schubert’s Die Schöne Müllerin with celebrated guitarist David Leisner, The role of Hannah Before in Kaminsky’s As One, the role of Figaro in The Barber of Seville, Papageno in Mozart's Magic Flute, Brahms’ Ein Deutsches Requiem, and the title role in the NY premier of Carlyle Floyd’s newest opera Prince of Players.
New thread

🙏🔥 Viewcy is for artists, and by artists. We are a ticketing platform, and a virtual event space. We are proud sponsors of this event.

Viewcy is adding 10% to donations.

In memory of Harry Burney. “If I have a legacy to leave my people, it is my philosophy of living and serving. As I face tomorrow, I am content, for I think I have spent my life well. I pray now that my philosophy may be helpful to those who share my vision of a world of peace, progress, brotherhood, and love,” - Harry Burney

Anonymous - Is matching 100% of donations, in memory of Harry Burney

Bright Shiny Things is matching 100% of donations for this event.