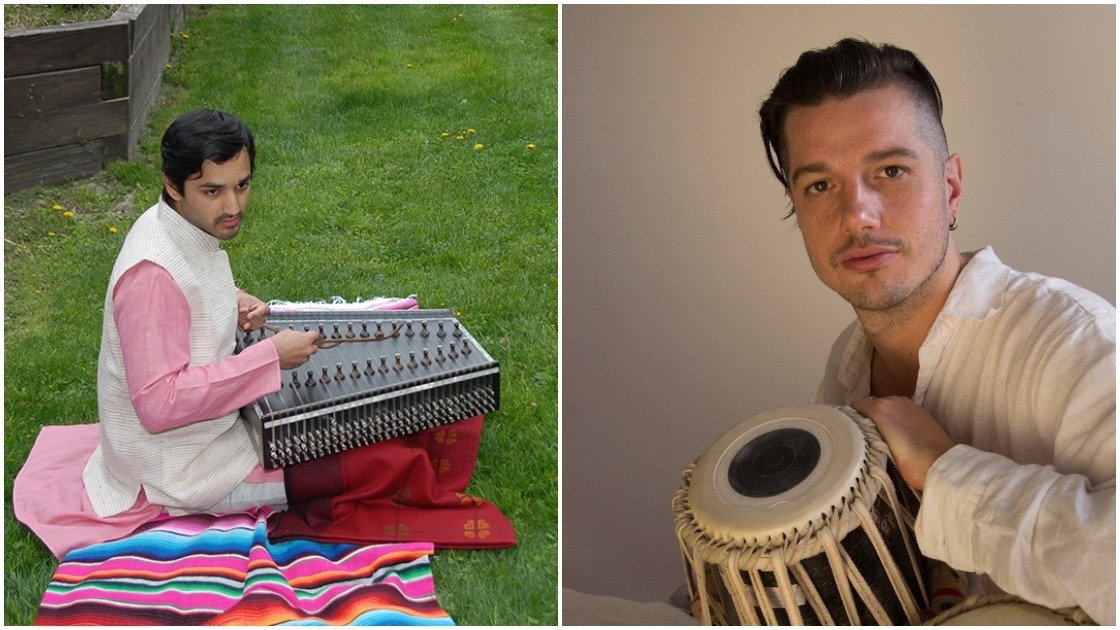 The audience will be taken through a journey with a general feeling of peace and stillness interspersed with powerful rhythmic phrases. There will be pieces of solo santoor (100-stringed instrument) later to be accompanied by the tabla.

Initially, Vinay received knowledge in vocal/harmonium/tabla from Shafiq Rahman in his teens. After completing his college in both Pre-pharmaceutical science as well as Pre-Law in Delaware, Vinay sought out to learn Santoor in India. In 2011, with blessings and direct guidance of Padma Vibhushan Pandit Shivkumar Sharma, Vinay began his studies under Takahiro Arai. He later moved back to the USA to learn from Kunal Gunjal. To expand his knowledge in music, Vinay has learnt from different Maestros such as Parthasarathi Chatterjee, Jay Gandhiji, Suryaksha Deshpandejii. Now Vinay learns from Pandit Shivkumar Sharma directly.

Vinay has played in several festivals in the USA such as Pandit Kashinath Bodas Festival, Kussum Mahotsav, and in India for Pandit Anindoji’s Guru Poornima festival in Kolkotta, SwarGanga in Pune, Delhi, and Mumbai. He was the first Santoor player to play in Argentina and Kauai.

Ehren Hanson began learning tabla at age 15 under Misha Masud in New York City. In 2000, he became a disciple of Pandit Anindo Chatterjee. Ehren went on to teach rhythm as an assistant professor at Bard College in 2002, and in 2005 he received the Senior Performing Arts Fellowship from the American Institute of Indian Studies. He has accompanied great musicians including Pandit Debi Prasad Chatterjee, Pandit Subrata Roy Chaudhuri, and Steve Gorn. Ehren is the director of the Anindo Chatterjee School of Tabla in Brooklyn, NY, and is an active performer and teacher.