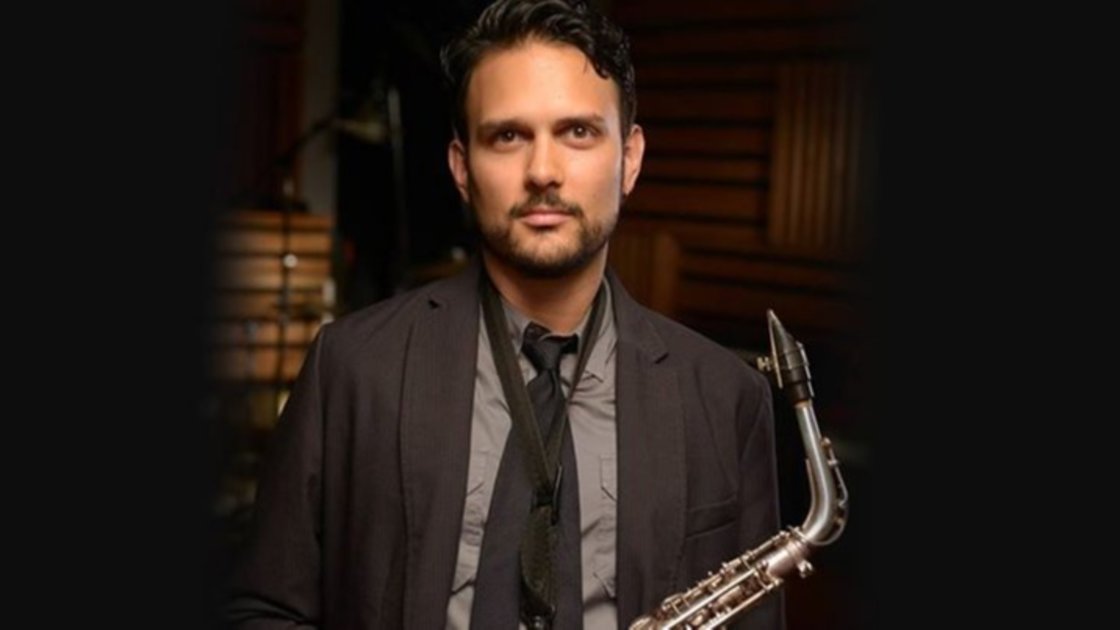 We are excited to present saxophonist and composer Aakash Mittal's Awaz Trio, who are about to release their debut studio-recording, Nocturne. The album features Miles Okazaki (guitar), and Rajna Swaminathan (mridangam). Tonight he'll be joined by guitarist Todd Neufield and drummer Alex Ritz.

Nocturne is a series of pieces that deconstruct five Hindustani evening and night ragas. The music paints a unique picture of the night, evoking the meditation of a world at rest, night terrors conjured by the imagination, and the slow cadence of blue light melting into darkness.