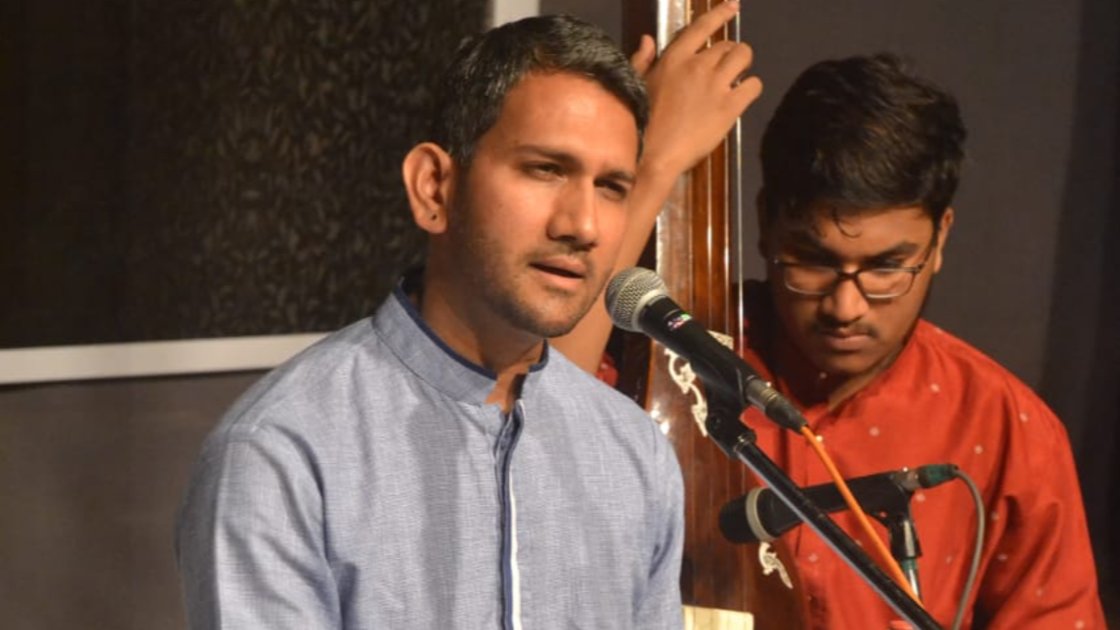 Achyut Joshi will present a Hindustani vocal performance starting with khayal, followed by thumri. He will be accompanied by Meghashyam Keshav on the tabla and Rohan Prabhudesai on the harmonium.

Achyut Joshi is an emerging Hindustani (North-Indian classical) vocalist of the Jaipur-Atrauli gharana. Born in India and raised in New York, Achyut absorbed a variety of musical influences growing up: bhajans at temples, opera, and Broadway at school, Bollywood and rhythm & blues at home. These rich and diverse influences have contributed to his warmth, soulfulness, and versatility as a Hindustani vocalist.

Achyut started his initial training with Shri Shiv Shankar Pandey in Jaipur. On a US Fulbright scholarship, Achyut started intensive study with Pandit Raghunandan Panshikar, the foremost disciple of world-renowned vocalist Gaan-Saraswati Kishori Amonkar. Over the past 16 years, Achyut has also received extensive training from Raghunandan-ji in light musical forms such as bhajans, abhangs and ghazals.