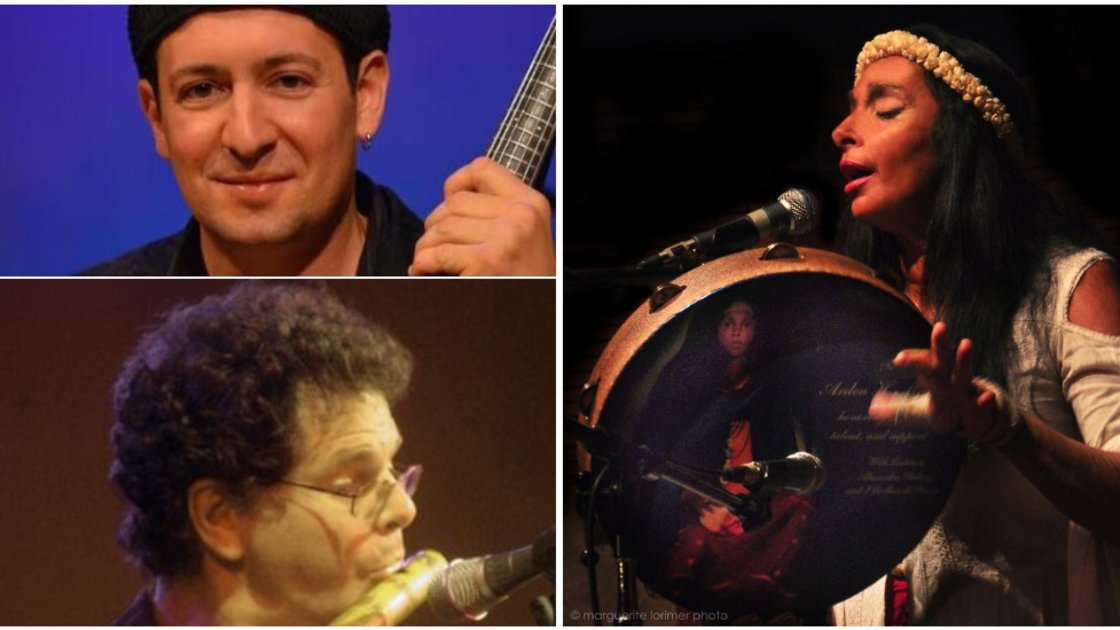 Rhythm is the Cure, "Southern Italy meets India" - southern Italian Ritual music, drumming & chants, blended with Indian Music from the North. Featuring the similarities between the Neapolitan Scale or Lyian mode with Indian ragas and the healing power of the ancient chants in honor of the Black Madonna.

Alessandra Belloni is a world-renowned award-winning percussionist, singer, teacher, healer, author. Born in Rome, she is the Artistic Director, Founder and Lead Performer of “I Giullari di Piazza,” an Italian music, theatre, and dance ensemble and Artist-in-Residence at New York City’s Cathedral of St John the Divine. She also designed a line of percussion instruments for Remo, the world’s largest percussion company, published a book on the healing power of the tarantella, ‘RHYTHM IS THE CURE” with Mel Bay Publications. Author of the new book & CD "Healing Journeys with the Black Madonna", to be published by Inner Traditions, No 1 on Amazon pre-sales under folk dancing. Voted one of the best female percussionists in the world by Drum Magazine, Her CDs "Tarantelle e Canti D’Amore" and "Tarantata: The Dance of Ancient Spider" were nominated Best CDs of the Year by the New York Times and the Los Angeles Times. She was awarded a New York State Council on the Arts Master Folk Artist Grant (2016 & 2018). She performed at prestigious places as: Lincoln Center, Carnegie Hall, Cathedral of St John the divine, Symphony Space, Red Cat in Los Angeles, and various theaters and festivals around the World, including WOMAD, in England, Brazil, Argentina, Poland, France, Italy, Australia, Korea, Egypt, Israel, and throughout the U.S. and Hawaii. She has been leading her healing drumming & dance workshop “Rhythm is the Cure for the last 18 years in Tuscany, and her Pilgrimage to the Sacred Sites of the Black Madonna in Southern Italy for the last 5 years. Her television appearances include ABC, PBS, Travel Channel, National Geographic, CNN and CUNY-TV. She wrote music for Dreams of Italy (PBS, 2015) and is a frequent guest on John Schaefer’s “New Sounds” on WNYC radio. Alessandra’s acting credits include Zeffirelli’s La Lupa, Fellini’s Casanova, Next Stop Greenwich Village, and The Godfather Part 2.