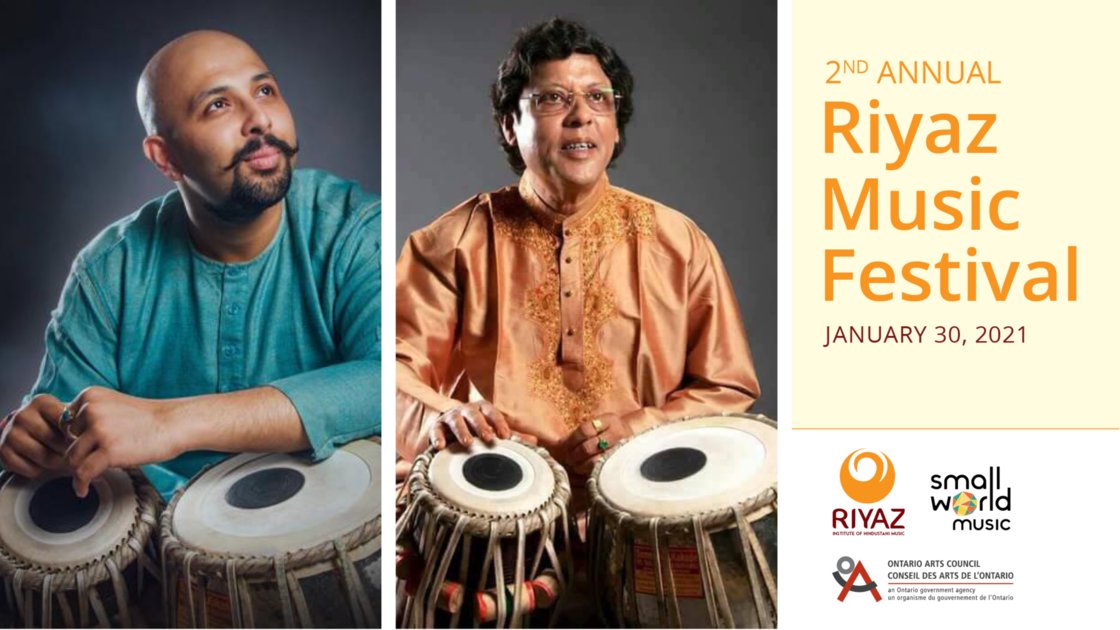 Steeped in tradition and taking a modern approach to the tabla, Anubrata Chatterjee represents the next generation of tabla players. Here he will be presenting an exciting solo in roopak tala. Following this the legendary tabla maestro Pandit Anindo Chatterjee, will be presenting an exciting solo in dhammar, showcasing the pakhavaj roots of tabla. The last item will showcase an exciting duet between father and son.
Hiranmoy Mitra accompanies both artists on harmonium.


Pandit Anindo Chatterjee
Anindo Chatterjee is an Indian tabla player from Farukhabad gharana.He was born in a musical family. His uncle Pt. Debiprasad Chatterjee is an eminent sitar player of this country. His younger sister Smt. Keka Mukherjee is a leading sitar player of AIR and also well known for her solo performance. He is a disciple of Pt. Jnan Prakash Ghosh. Gifted with an ability to summon crystal-clear melodies from his drums, Anindo Chatterjee evolved into one of the world's greatest tabla players. Inspired by his uncle, Pandit Biswanath Chatterjee, Chatterjee began playing tabla at the age of five. Studying briefly with Ustad Afaq Hussain Khan of the Lucknow Gharana, he advanced to Pandit Jnan Prakash Ghosh, with whom he studied for three decades. The recipient of the prestigious President's Award in 1970, Chatterjee became the first tabla player to perform in the House of Commons 20 years later. He performed at Rashtrapati Bhavan when U.S. President Barack Obama visited India in November 2010. Chatterjee received the Sangeet Natak Akademi Award for 2002.
Anubrata Chatterjee
Son of the world-renowned tabla maestro, Pt.Anindo Chatterjee , Anubrata was nurtured from day one to be a tabla player. He had the rare fortune of being the youngest and last “Ganda-Bandh” disciple of the great Guru Padmabhushan-Deshkottam Jnan Prakash Ghosh in 1992. Later on Anubrata continued to study under his father. At his very first public performance, he accompanied Pandit Hari Prasad Chaurasia amd since then,Anubrata has played many tabla solos and duets with his father and regularly accompanies musicians including Ustad Amjad Ali Khan,Ustad Rais Khan,Pt.Shiv Kumar Sharma,Pt. Hari Prasad Chaurasia, Ustad Shahid Parvez and many more all over the world.
New thread