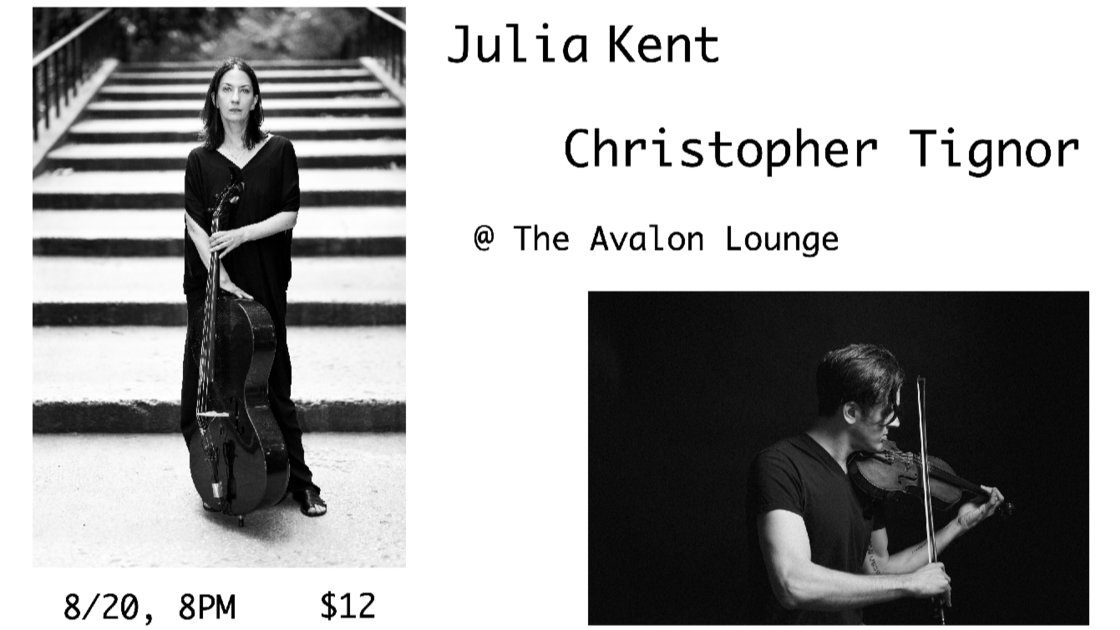 PLEASE NOTE: Social distancing is not possible in the Avalon show room; our performances are currently only open to vaccinated audience members. Please be aware of this before purchasing tickets, and come prepared to show proof of vaccination.
-----------------------------------------
Christopher Tignor is a composer, violinist, lecturer, and software engineer. His emotionally charged scores and unique focus on live, performance-based electroacoustic practice has won acclaim within both the classical and experimental communities across 9 LPs on the Western Vinyl and New Albion record labels. He creates the live performance software he uses, shared freely. As a composer he has written and recorded work for ensembles including The Knights, A Far Cry string orchestra, and Brooklyn Rider string quartet, performing alongside them at premiere venues including Carnegie's Zankel Hall. As a string arranger he has worked with Helios, Jefre Cantu-Ledesma, John Congleton, This Will Destroy You, Meshell Ndegeocello, and several other artists at the boundaries of popular music.
----------------------------------------
Cellist and composer Julia Kent creates music using layered and processed cello, electronics, and found sounds. She has released five solo records, the most recent being Temporal on UK label Leaf, and has toured throughout North America and Europe, including appearances at Primavera Sound, Mutek, Meltdown, and Unsound.
From 2005 to 2010 she was a member of Antony and the Johnsons, performing at Carnegie Hall, Radio City Music Hall, the Royal Albert Hall, the Barbican, and festivals and venues all over the world.
She also composes music for film, television, theatre, and dance.
More information: www.juliakent.com
New thread