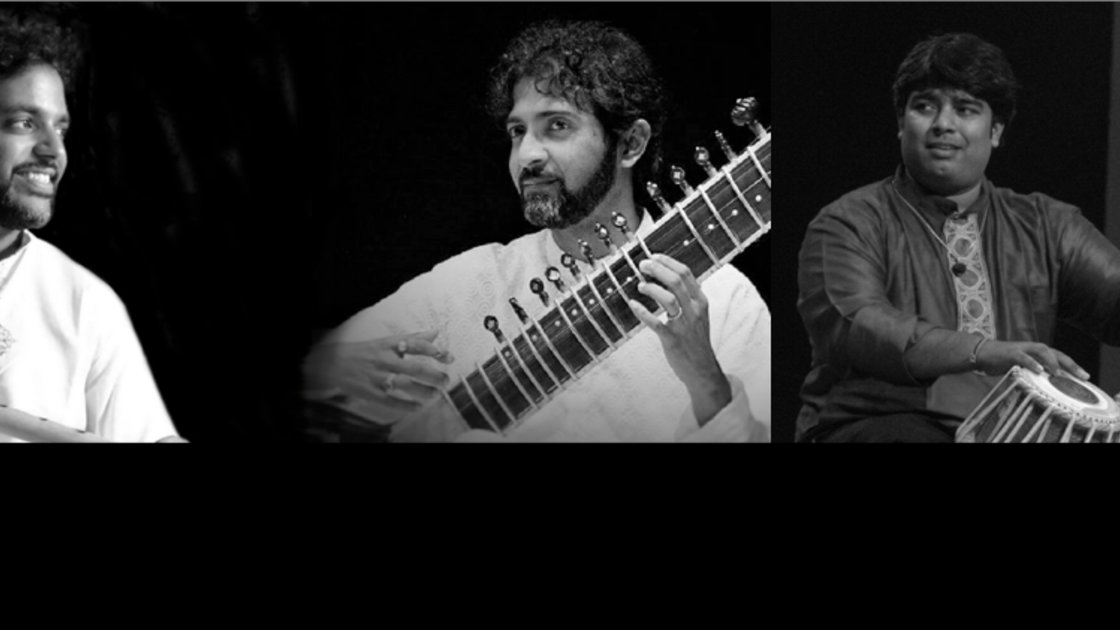 This dynamic evening will feature two exciting and sublime sets of music.

Beginning this evening is Sandip Ghosh's tabla solo. Sandip is one of the most promising young tabla virtuoso's of his generation. A disciple of the legendary Pandit Anindo Chatterjee and a favorite accompanist to many of India's leading maestros, Sandip is poised to transport us to a rhythmic dimension seldom experienced in this part of the world.

The second part of this evening's performance will feature two of NY's most active and exciting performers - bansuri virtuoso Jay Gandhi and young sitar master Abhik Mukherjee. They will be accompanied by Sandip Ghosh on tabla.

Both captivating solo performers in their own right, they are also well known for their enthralling musical chemistry together. Abhik Mukherjee is a shining voice of the Imdhadkhani sitar gharana and Jay Gandhi, a leading disciple of bansuri legend Pt. Hariprasad Chaurasia. Their contrasting yet complementary musical styles offer a compelling composite of melodic and rhythmic approaches and their performances are often imbued with a deep and spontaneous exploration of rasa (emotional essence) and mood. Their repertoire ranges from the introspective and meditative to the joyful, romantic and ecstatic. All this in addition to the sublime tabla accompaniment of Sandip Ghosh should make for an evening not to be missed.

Wine and cheese will be served at this event.