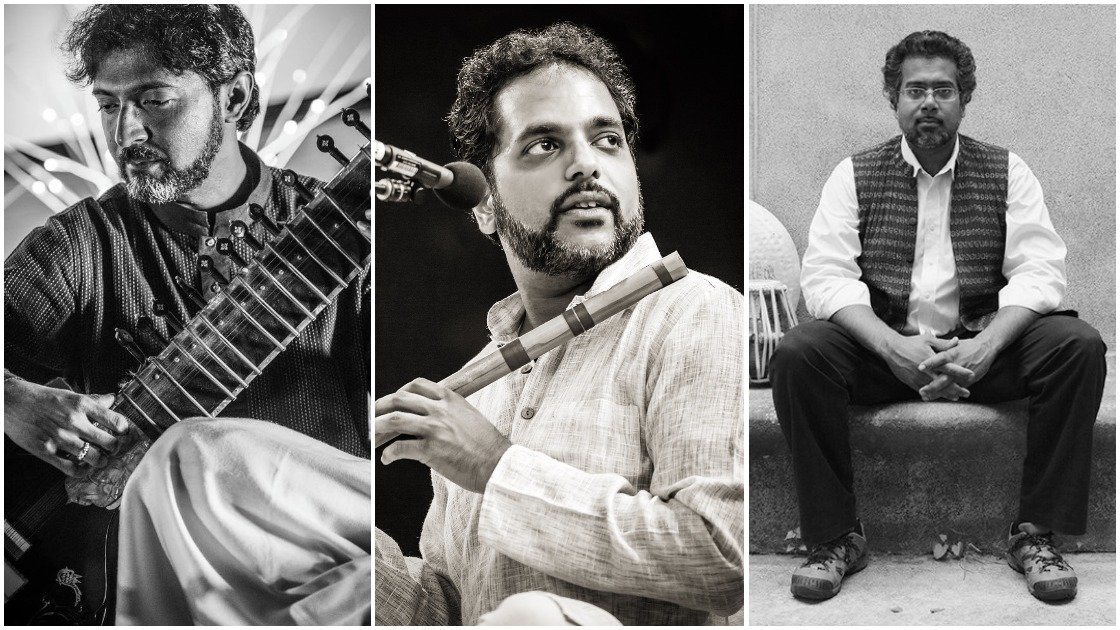 Abhik Mukherjee - sitar, and Jay Gandhi - bansuri, long time friends and musical partners have a special chemistry in their always popular jugalbandi performances, a musical dialogue that can only be achieved through many years of practice together. Together with tabla player and BRM co-founder Sameer Gupta, expect some serious fire in this special night of North Indian Classical music.

Abhik Mukherjee is a Kolkata-born sitar player of the Etawah-Imdadkhani gharana. He was initiated to sitar at the age of six by his father, Sri Tarit Mukherjee, and Sri Bimal Chatterjee, while simultaneously receiving vocal instruction from Sri Kaylan Bose. He has since taken talim from Pandit Arvind Parikh and Pandit Kashinath Mukherjee, themselves disciples of the legendary Ustad Vilayat Khan. He is a gold medalist in musicology from Rabindra Bharati University, Kolkata, and has also received a scholarship from the Ministry of Culture, India.

Abhik’s first public performance was at the age of nine at the Governor’s House, Kolkata. He has since performed in ten countries on four continents. Some memorable concerts include performances for the inauguration of the Dr. Martin Luther King, Jr. memorial (Washington D.C.); at the Metropolitan Museum of Art (New York City); at the Indian Habitat Center (Delhi); on Doordarshan (Kolkata); and a summer tour of Italy, Germany, and Switzerland. Abhik currently lives in New York City and is a founding member of Brooklyn Raga Massive, an Indian classical music artists’ collective.

A multifaceted artist, Jay is a senior disciple of the legendary Pandit ‪Hariprasad Chaurasia‬. In addition to having accompanied his Guru for multiple concert tours, he has established himself as a prominent solo performer of Hindustani classical flute.

His parallel explorations in American Jazz have afforded him the honor of performing with such greats as ‪Ravi Coltrane‬, ‪Reggie Workman‬, Jeff “Tain” Watts, as well as of sharing the stage with the legendary ‪Pharoah Sanders‬.

Based out of NYC, Jay maintains a busy schedule of touring, teaching and as a founding member of the Brooklyn Raga Massive, a prominent music collective.

Sameer Gupta is known as one of the few percussionists simultaneously representing the traditions of American drumset, and Indian classical tabla. He has held workshops on Indian music and cross over drumming styles, combining traditional and modern improvisational styles drawing from his Indian heritage and American roots. From bebop to avant-garde jazz, and European classical percussion to North Indian classical tabla, Gupta continues to compose and perform music from a true multi-cultural perspective that now bridges several continents.