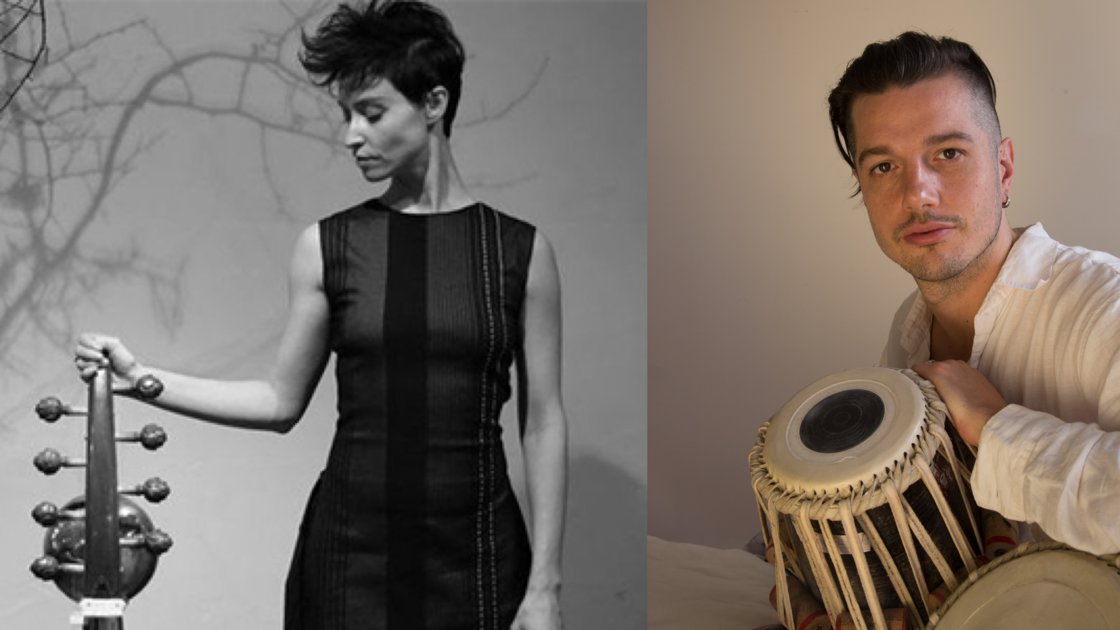 This will be a traditional hindustani classical presentation featuring tabla and sarod.

Camila Celin began playing guitar at age nine. For ten years, she has been doing intensive studies in the Indian sarod, currently studying with sarod maestro Pt. Tejendra Narayan Majumdar. In 2009 she was nominated for a Grammy for best world music album in collaboration with slide guitar maestro Debashish Bhattacharya. She has been an active performer in her native Colombia, the U.S. and India. Camila has composed music for several films, for theater as well as for commercials and lives between New York City and Kolkata, India.

Ehren Hanson began learning tabla at age 15 under Misha Masud in New York City. In 2000, he became a disciple of Pandit Anindo Chatterjee. Ehren went on to teach rhythm as an assistant professor at Bard College in 2002, and in 2005 he received the Senior Performing Arts Fellowship from the American Institute of Indian Studies. He has accompanied great musicians including Pandit Debi Prasad Chatterjee, Pandit Subrata Roy Chaudhuri and Steve Gorn. Ehren is the director of the Anindo Chatterjee School of Tabla in Brooklyn, NY, and is an active performer and teacher.