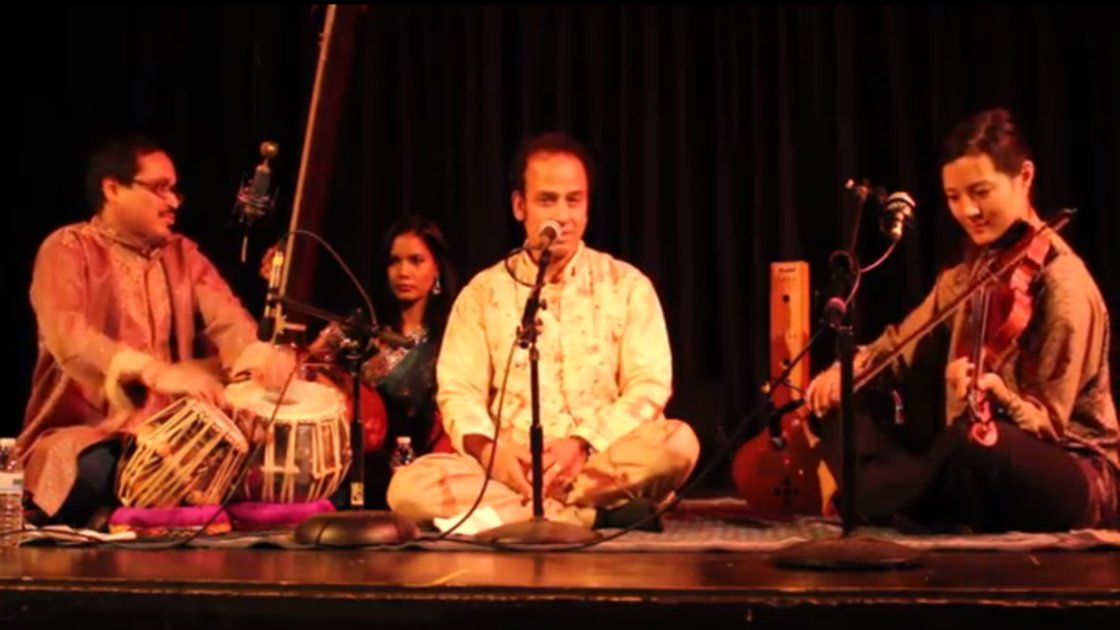 An evening of ragas with Master Drupad singer, Dada Tapan Kanti Baidya accompanied by Leyna Marika Papach on the violin and Imran Sagar on the tabla.

After earning his Masters in Music in 1982, he returned to Bangladesh where he served as a professor of North Indian Classical Vocal at the National music and arts academy in Dhaka and performed regularly in public as a classical vocal performer. In 1986, he established his school, Sadarang Sangit Shamaroha (Sadarang School of Music) based on his own style and technique of vocal performance (Gharana).

In 1992, he was invited by the Bangladesh Cultural Center in New York to open a classical Music department. After his arrival to New York, he taught at the Bangladesh Cultural Center NY, Bangladesh society of new york and Bangladesh Association of New Jersey. Also during this time, he established an organization called the Bangla Institue of performing arts which supports artists and performers in all fields of Indian traditional music (Dhrupad, Dhamar, Khyal, Tarana and Thumri). As a performer, he has held concerts at venues such as UNESCO, Yale University, and John Hopkins University to name a few. He also performs and teaches at the National Music College, Dhaka on his yearly return to Bangladesh, and in 2002, he was invited to perform in India Habitat Center in New Delhi, India. Today, he continues to teach a large class of students through his school, Sadarang Music Center.