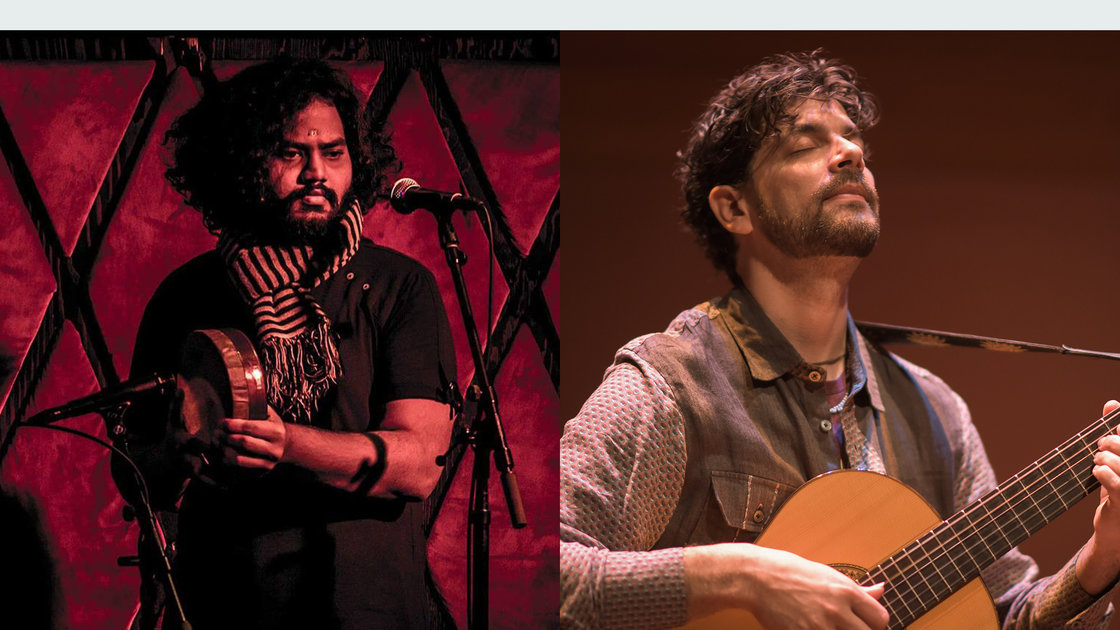 SPECIAL PERCUSSION WORKSHOP BEFORE THE CONCERT
Carnatic Rhythms 101 - 6:30pm -8:00pm, $15
No Carnatic music experience or instrument necessary to attend this experiential workshop. It will include an Introduction to konakkol and syllables, how to count thalam, different patterns of compositions and composing new compositions.

CONCERT and JAM - 8:00pm - Midnight, $15
For this week's show, we have a collaboration of South Indian rhythm with Western guitar. The performance will consist of the artists will take slokhas and give a rhythmic arrangement and melodic background to it and present it in different time signatures along with South Indian rhythmic rap "konnakkol".

David Ellenbogan
With a guitar on his back and an estimated 1,000 songs at his fingertips, David Ellenbogen has wandered through West Africa, India, South America and the Caribbean studying music and collecting songs at every stop. He has studied Manding music with Abdoulaye Diabate and Famoro Dioubate, jazz with Kenny Wessel, Western Classical with Francisco Roldan and raga with Debashish Bhattacharya. A prolific producer, he has documented over 200 hours of live performances and interviews with world class musicians and shares them on WKCR 89.9 FM and his podcast NYC Radio Live.